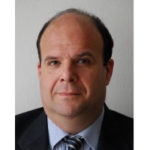 The construction of Pumped Hydroelectric Energy Storage, PHES, around Barcelona would allow to store energy and achieve the optimal price in a future with an electrical generation mix 100% renewable.

If you want to reach a mix of 100% renewable electricity generation, it will require energy storage, especially if you also want to acquire an optimal price for the market. Therefore Eng. Rebollo raises the construction of PHES on 10 possible places located not further than 80km of the city of Barcelona.

The storage units of gravitational hydropower energy following the model of reservoirs and ponds used for over 100 years, are the option raised by Eng. Rebollo, because they transform the generation of renewable electricity into a “manageable, dispatchable and reliable power”. Which would entail around 90 GWh. Thus, among the ten plants they would be supporting intermittent renewable generation and, at the same time, it would allow the excess energy produced to be stored, to prevent the loss of energy.

The option proposed by Eng. Rebollo is the most technologically mature procedure, since it has a more flexible time of response at the demand ramps and one of the cheapest to maintain and operate. In addition, it presents few energy losses in the charge-discharge cycle and it is the long lasting storage system with lower investment per MWh stored.

The study determines an optimal mix to cover the 24,000 GWh demand at various stages of the renewable mix – from 50% up to 100% –, services including system configuration from a generation on deepwater offshore wind and fixed In this case, the PHES “are more competitive than batteries and they don’t remove water from the natural environment”, emphasized Eng. Rebollo. As for the cost, he highlights that “the final price paid by the consumer would be below the current electric bill.”